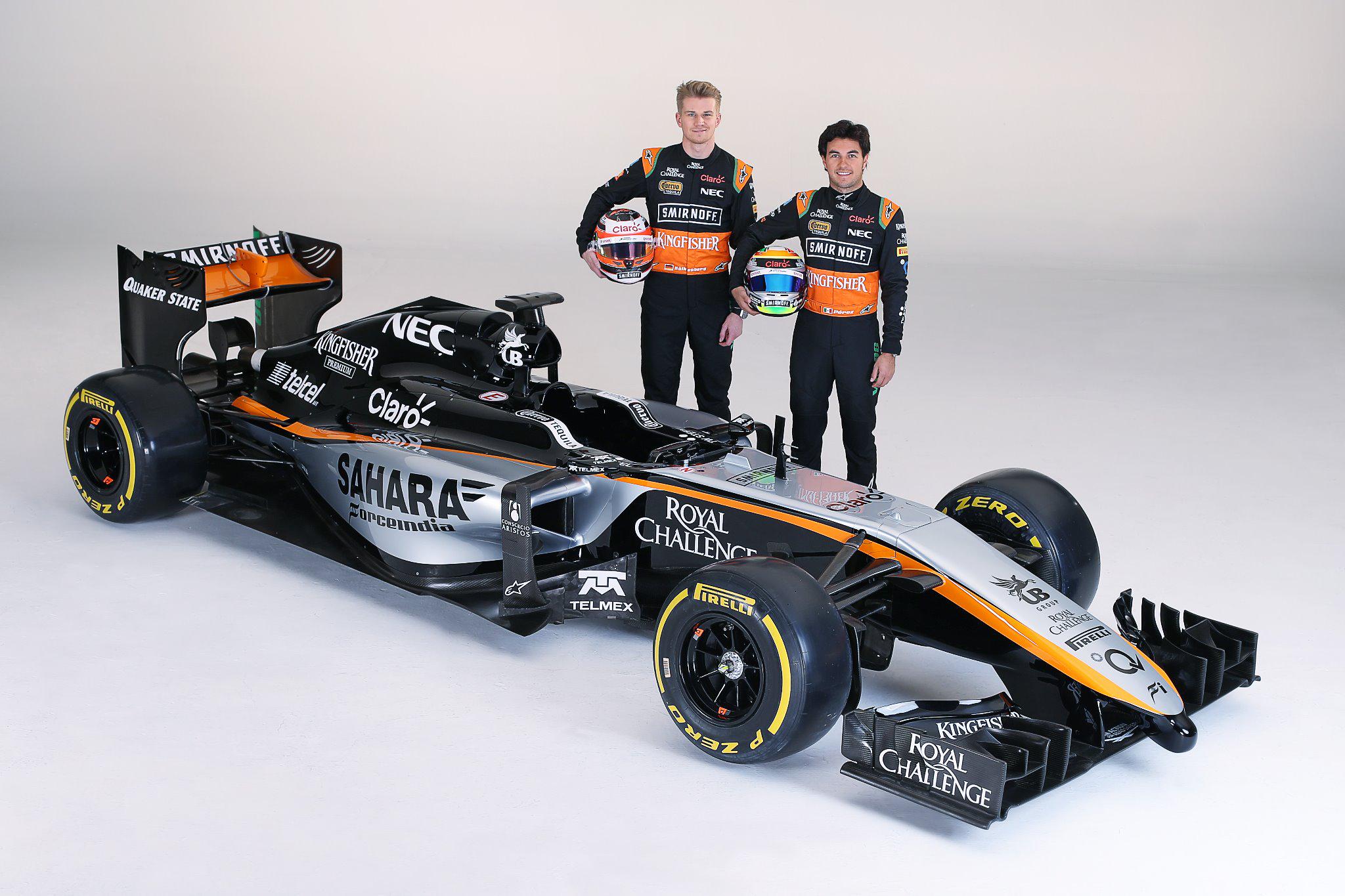 Sahara Force India Formula One team unveiled the design of the 2015 challenger in an event in Mexico. The team, with their unchanged line-up of Mexican Sergio Perez and German Nico Hulkenberg, finished 6th in last year’s constructors’ championship and will be hoping that their 8th Formula One car will enable them to threaten the front runners more often.

The car, featuring a new silver paint-scheme with flashes of orange, was unveiled at Museo Soumaya in Mexico City by Perez and Hulkenberg, with help from team principal VIjay Mallya and a number of sponsors such as Carlos Slim.

“It’s just an amazing feeling for me. When I went into Europe it was very rare that I did something like this in Mexico,” said Perez, who scored Force India their 2nd podium last year at the Bahrain Grand Prix, “It’s an amazing feeling to be part of this project, very emotional as well to be close to my family, friends and my people. They live the same dream as me so it’s a very special feeling.”

“It was the best year for me in terms of points and in terms of the team [in 2014],” said Hulkenberg, “so hopefully it can be better. So I’m really excited to be part of Force India and to hopefully take the next step.”

The car on display is not the actual 2015 race car however, as it was announced yesterday that the VJM08 chassis will not make its début until the second pre-season test in Barcelona so that it can spend more time in the Cologne wind-tunnel.

Force India’s Technical Director Andrew Green was present at the event to explain the changes to the car for this season and what the 2015 car should eventually look like when it makes it’s on track début:

“The front of the car looks very different from what we had developed previously. It is a redesign that involved a lot of work over the winter, as the new regulations caused a loss in terms of downforce and we’ve been working to claw back all that performance.”

“The VJM08 will also feature several subtle changes, including modified sculpting of the sidepods and new cooling intakes. Underneath the skin there will be a completely new rear suspension layout with a new hydro-mechanical system replacing the original torsion springs.”

Force India will be present at the first pre-season test at Jerez in Spain where they will use their 2014 car until the VJM08 is ready for action in Catalunya. The next scheduled car launch is that of McLaren-Honda, who will unveil their eagerly anticipated MP4-30 that will be driven by Jenson Button and returning driver Fernando Alonso on January 29th.