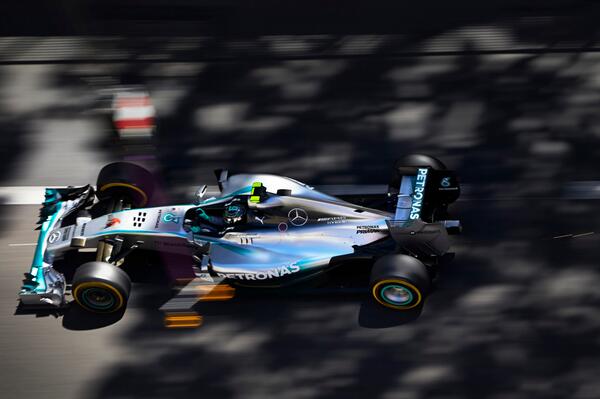 The FIA have announced that no further action will be taken on Nico Rosberg after an incident in qualifying for the Monaco Grand Prix. The incident saw Rosberg take to an escape road at the Mirabeau corner which bought out the yellow flags and prevented his team-mate Lewis Hamilton from stealing pole away from him.

Lewis Hamilton seemed fairly aggrieved by the incident and later went on to say that he believed that he and Rosberg had become like Senna and Prost in terms of their rivalry. He went on to add that he ‘liked the way Senna dealt with it’ and would ‘take a page out of his book.’

Many have speculated that the rivalry between the former karting friends was going to explode sooner or later and it now seems as if those predictions have come true. Hamilton refused to outwardly accuse Rosberg of deliberately stopping on track to deny him of pole position, but he equally refused to deny that those were Nico’s intentions.

A debate was sparked almost as soon as the incident had occurred, with comparisons being drawn to the qualifying session for the 2006 Monaco Grand Prix when Michael Schumacher deliberately stopped his Ferrari at the final corner to prevent Fernando Alonso from taking pole position. In that event, Schumacher was sent to the back of the grid. Nico Rosberg’s father, 1982 F1 champion Keke, went on to call Schumacher a ‘cheap cheat.’

After examining video footage, the stewards deemed that Rosberg had committed no offence and will therefore keep his pole position and will start alongside Lewis Hamilton. Lewis went on to release a statement saying: “…In hindsight, I should have nailed my best lap before the end of Q3. This is Monaco and there is always the risk of yellow flags here. Of course, I’m extremely disappointed that I didn’t get to finish my lap as I was a couple of tenths up. That’s motorsport. I have to get the best possible start and then see what we can do from there.”

Despite this rebuttal of any anger toward Nico or the incident, many are expecting fireworks in tomorrow’s race, with both drivers seemingly desperate to beat the other in their fight for the championship.