Max Verstappen and Nico Rosberg have ended the Friday practice sessions for the 2015 Mexican Grand Prix as the fastest drivers. The session saw the return of Formula One to Mexico for the first time since 1992. 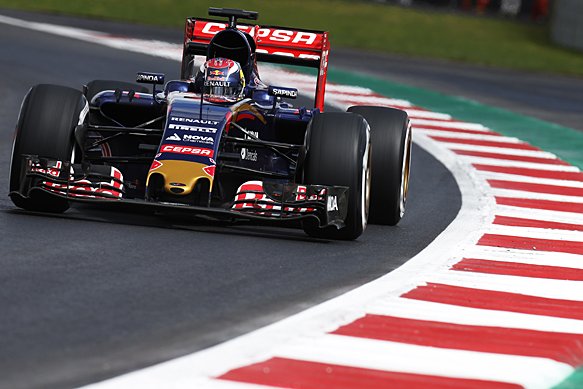 Max Verstappen was fastest in the first session of practice at the Autodromo Hermanos Rodriguez; the first on-track action for Formula One in Mexico for 23 years. The session was largely unrepresentative, with the track damp at the start.

The track dried up enough for dry running after the first half an hour, but there was still much more speed to be found in the circuit with more running. Verstappen ended the session 3 tenths faster than fellow Red Bull-backed driver Daniil Kvyat; with this session being the first time that Verstappen has ended a session as the fastest driver. He also set a new record as he became the youngest ever driver to top a session at 18 years old.

Kimi Raikkonen was 3rd fastest with the exact same lap-time as Kvyat. He was just ahead of 4th placed team-mate Sebastian Vettel and the Red Bull of Daniel Ricciardo. Nico Rosberg had an eventful first taste of the Mexican Grand Prix circuit after suffering with overheating brakes. This was a problem for many drivers, but no one suffered to the same extent as Nico; who suffered a fire in his rear brakes that forced him to miss a lot of the session.

7th fastest was Williams driver Valtteri Bottas; who was one of the drivers who fell foul of the early slippery surface after spinning in the second sector of the circuit. 8th was Carlos Sainz in the Toro Rosso ahead of home-hero Sergio Perez; who spun his Force India just before the stadium section. Completing the top 10 was Felipe Massa, with Lewis Hamilton just outside in 11th having not completed fast runs at the end of the session when the track was at it’s quickest. 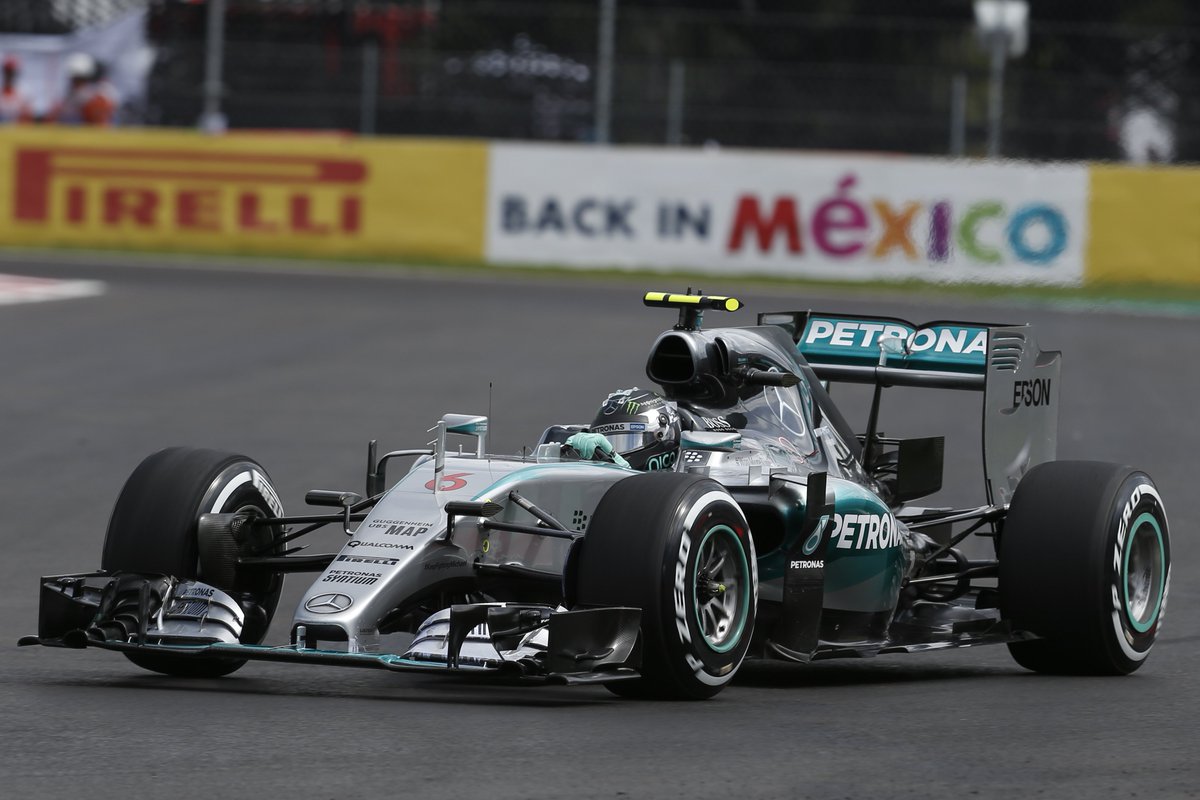 Nico Rosberg took the top spot away from Verstappen in the second session, with much of the session running in dry conditions before light rain hit in the closing minutes. Rosberg ended the session 2 tenths faster than Daniil Kvyat, who maintained his strong second place from practice 1. The second Red Bull of Daniel Ricciardo was just behind in 3rd; with the pair showing good pace despite the Autodromo Hermanos Rodriguez having thought to favour Mercedes-powered cars.

Hamilton improved from his 11th place in first practice to get up to 4th, with Sebastian Vettel just behind in 5th and the second Ferrari of Raikkonen in 5th. Hamilton was one of the drivers who spun in the session; with the newly crowned three-time champion spinning at turn 4.

7th fastest was Valtteri Bottas; who had a scary moment in the braking zone for turn 1 when he lost control of his Williams and lost his front wing; much like Sainz’ accident at Sochi earlier this month. He limped his car back to the pits and got back out on track to end just over a second slower than Rosberg’s time.

8th and 9th belonged to the to McLaren-Honda drivers, who despite having said that they were expecting this weekend to be one of the worst for their car showed good pace. Fernando Alonso bested Jenson Button by a tenth; with the pair 1.4 seconds slower than Rosberg. They were both just faster than Felipe Massa who replicated his 10th place finish from the first session.

The session saw 2 red flag periods. The first came within the first 10 minutes after session one’s fastest man Max Verstappen hit the wall at the final corner after losing the rear end of his Toro Rosso. The second went to Romain Grosjean after the Frenchman pulled his Lotus to the side of the circuit after clutch issues. Grosjean’s new team-mate at Haas for next season will be announced tonight in Mexico, with it almost certain that Esteban Gutierrez will make his return to the grid with the new squad.