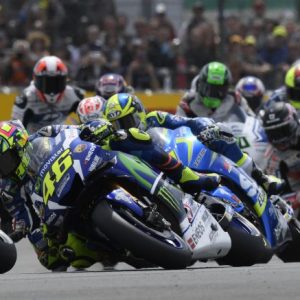 Following a perfect race in Le Mans, Movistar Yamaha MotoGP’s Jorge Lorenzo and Valentino Rossi are eager to meet the Italian fans in Mugello during this weekend‘s Italian Grand Prix, which is the team‘s first home Grand Prix of the season, as its headquarters is based in Gerno di Lesmo.

Following his flawless race in Le Mans, Lorenzo has taken over the lead in the championship standings and the Mallorcan is determined to still brandish his number one ranking when leaving the Italian track on Sunday evening. Lorenzo has fought many sensational battles at Mugello before and is one of the best scoring premier class riders at the Tuscan track. The five-time World Champion boasts a seven-consecutive MotoGP podium streak, consisting of fo ur wins in 2011, 2012, 2013, 2015, and three second places in 2009, 2010, 2014. He also took first place in the 250cc class in 2006 and a 250cc second place in 2005.

Teammate Rossi also knows the challenging circuit inside out and can‘t wait to delight the Italian crowd with another fierce battle for a top result and continue the climb up from his current third place in the championship standings. The nine-time World Champion will give his all to stand on top of the podium this weekend and add another victory to his previous record of seven back-to-back premier class victories at Mugello from 2002 to 2008. Besides this amazing achievement the Doctor also has two third places written to his name, for his efforts in 2009 and 2014, together with a 250cc win in 1999 and second place in 1998, as well as a 125cc win in 1997.

The 5245m historic Mugello track is located just 30km from Firenze and hosts one of the most popular and spirited motorsports events of the year, drawing thousands of enthusiastic spectators. Having hosted its first MotoGP back in 1976, the track was bought by Ferrari in 1988 before becoming a permanent fixture in 1991 after extensive refurbishment. Set within the beautiful Tuscany hills, the circuit‘s lay-out, a mixture of fast and slow turns and a 1141m long straight, make the track much beloved amongst riders and spectators, who are never shy to cheer on their favourite riders and teams.

We are heading to Mugello, our first home race of the season, and the team can‘t wait to get started. The circuit‘s layout is very nice, with a good mixture of uphill and downhill sections and slow and fast corners, which suits our bike. Both our riders really enjoy riding here, as is shown in the great results they secured here in the past, and we are looking forward to being part of another great battle this weekend. As always it will be important to hit the ground running in the first session in order to prepare for the race in the best way possible. Let’s make it another great occasion to remember in front of the Italian fans!

“We arrive in Mugello with the great satisfaction of the last race in France. At Le Mans we got an important victory and we are leading the championship so we are pretty motivated for the coming races, especially the one in Mugello, a track that I usually enjoy a lot and where I‘ve had some fun in the past. It‘s one of my favourite places to ride and one of the most beautiful tracks in the world. The lay-out is perfect for the YZR-M1 and for my riding style as well so let‘s see what happen this season with the new electronics and tyres”.

“I love Mugello and its atmosphere. It’s very difficult for me to keep my concentration here because there are always so many of my friends and fans around, but the Mugello race is also special for me for that reason. I‘ve had some victories here, many great battles and a lot of good memories. I think this year we can be competitive because our bike is good and I‘m getting into a good shape. At the Le Mans GP we arrived late at achieving the right set up for the race, at Mugello we will not make this mistake again. After Le Mans I‘m relaxed and now I‘m ready to try to attain the maximum level of concentration for the Mugello GP” 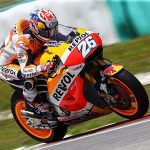 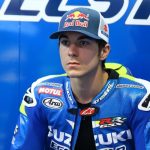 Yamaha confirms Maverick Viñales for the 2017 and 2018 MotoGP SeasonMotoGP
At RTR Sports Marketing we use cookies to bring you the best site we can. If you're cool with that, click OK. Or to find out more, read our Cookie Policy.OkCookie policy