The most important team and rider changes ahead of MotoGP 2019

There’s change afoot for both riders and teams in MotoGP 2019, with the break-up of decades-old partnerships and new riders coming up from the lower ranks of motorsport with a promise to shake up the coming season.

Andrea Iannone and Bradley Smith have joined Aprilia for MotoGP 2019 – moves that team boss Romano Albesiano says should ensure improved performance for a team that had an unexpectedly disappointing season in 2018. Iannone has factory experience and has spent two seasons each at Aprilia rivals Ducati and Suzuki, whilst Smith has joined Aprilia as a tester after two years on the KTM factory team.

Off the track, Aprilia has also made a big change in-house by appointing Massimo Rivola, formerly of Ferrari Formula 1, as its racing department CEO.

After two decades as the official Yamaha Independent Team, Tech 3 has broken a longstanding tradition for MotoGP 2019 and moved to KTM. Yamaha has replaced their long-term partner with the Sepang International Circuit team (SIC), the Austria-based Malaysian racing team that has been most prominent in the past at Moto2 and Moto3 level.

In one of the most talked about moves ahead of MotoGP 2019, five-time champion Jorge Lorenzo has left Ducati after two years to join rival MotoGP team Repsol Honda – racing alongside current world champion Marc Marquez.

The Belgian Marc VDS Racing Team won’t be appearing at MotoGP 2019, after being dropped from the entry list. Instead, Marc VDS Racing will be taking part in Moto2 as well as the MotoE World Cup – a series that uses entirely electric bikes and will be supported by MotoGP at five races in the 2019 season.

New faces arrive at the top level of motorsport

Replacing Danilo Petrucci at Pramac Racing is Francesco Bagnaia, who is coming up from Moto2 for his first slice of life in the top class of MotoGP.

The incredibly promising 2017 Moto3 champion Joan Mir is moving from Moto2 to Suzuki Ecstar to be paired with Alex Rins, whilst Fabio Quartararo joins Petronas Yamaha SIC to race alongside Franco Morbidelli.

Want to know how you can leverage MotoGP in your own sports sponsorship campaigns? Contact RTR Sports Marketing today 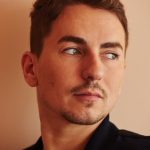 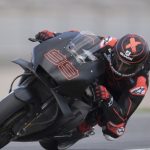 Jorge Lorenzo’s new challenge at Repsol HondaMotoGP, Motor Racing
At RTR Sports Marketing we use cookies to bring you the best site we can. If you're cool with that, click OK. Or to find out more, read our Cookie Policy.OkCookie policy