LCR Honda rider Cal Crutchlow followed up his podium finish in Argentina with a fine fourth-placed finish at the Red Bull Grand Prix of the Americas in Austin on Sunday. The Briton during the GP of the Americas demonstrated his battling qualities once again with a superb ride in the MotoGP class to finish just outside the top three having departed from ninth place on the grid in Texas.

Cal Crutchlow at the Americas GP

Cal Crutchlow made a great start to the race as he quickly moved through the field into sixth place and assumed fifth when championship leader Maverick Viñales crashed out on lap two. He was then involved in a thrilling battle with Johann Zarco and eventually got the better of the Frenchman on the final lap to claim fourth spot.

Although he acknowledged afterwards that he was disappointed to miss out on a second consecutive podium, Crutchlow is pleased with his start to the 2017 MotoGP World Championship. Fellow Honda rider Marc Marquez claimed his fifth straight victory at the Circuit of The Americas with Valentino Rossi and Dani Pedrosa behind him. 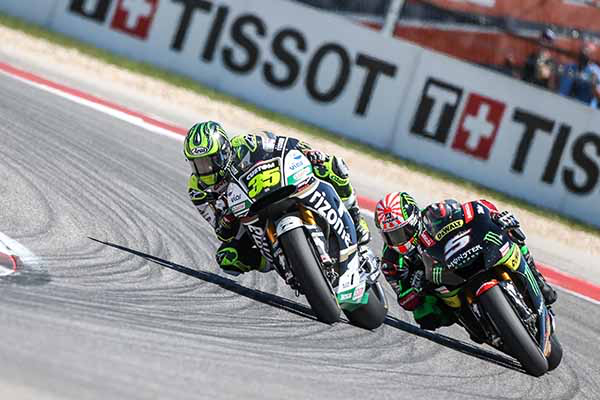 It was a good race, I felt confident throughout and my team did a fantastic job all weekend. Of course, I’m a little disappointed not to get the podium because we were very close, but I took too long to pass Johann Zarco and after that I lost a little bit of time running off the track”.

“But I felt comfortable during the race and physically strong, and I was still able to push towards the end. I would have liked another podium, but a third in Argentina and fourth here in Texas is good from the last two flyaway races. Hopefully we can carry this momentum into the first European round in Jerez. 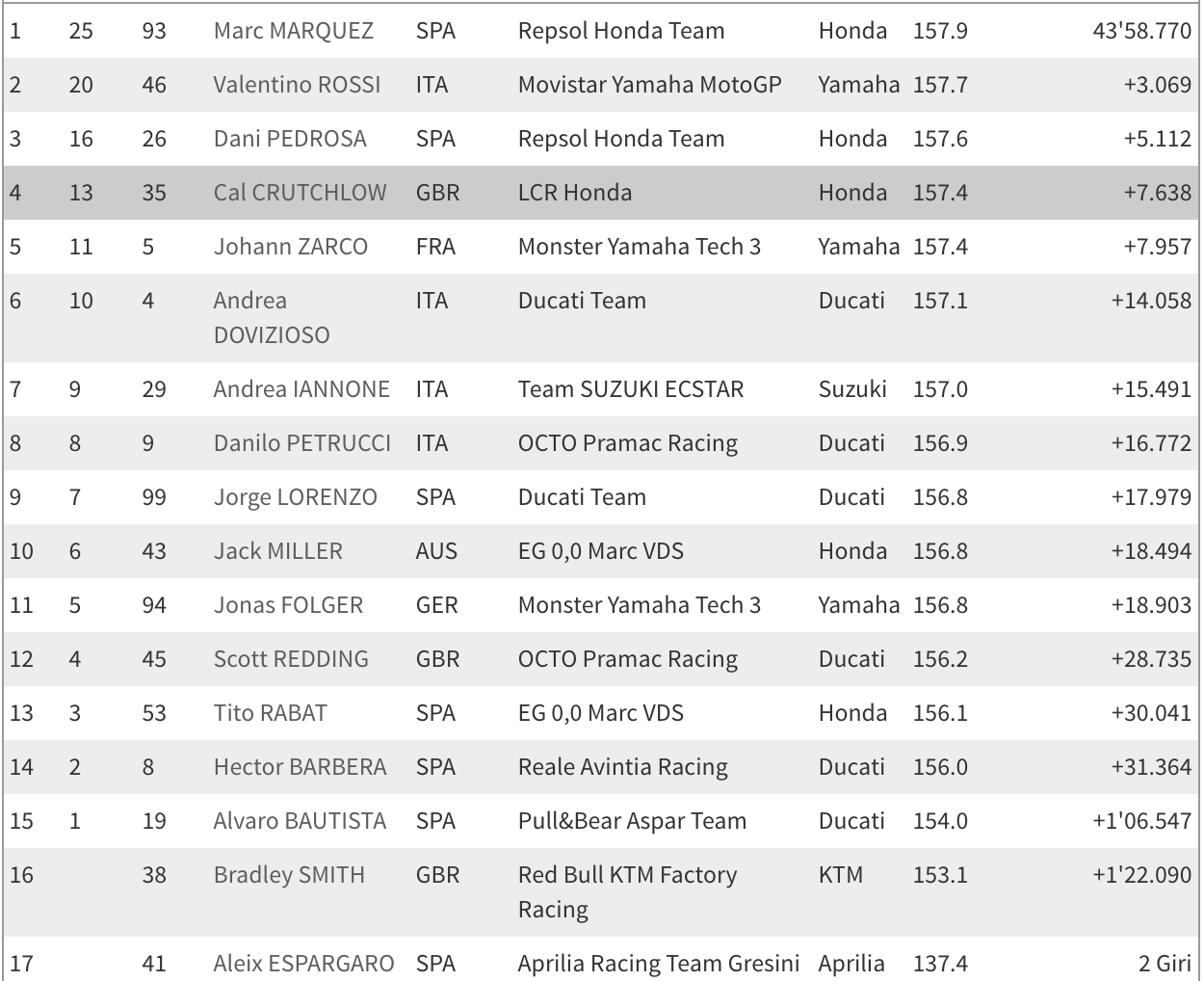