MotoGP: what the 2018 season taught us

With the first tests of the 2019 MotoGP season already in the books, it’s important that we remember to take some time to reflect on the 2018 ranking – and what this season of MotoGP taught us.

First, the biggest successes of MotoGP 2018. As was clear was going to be the case quite early on, Marc Marquez reigned supreme – claiming his seventh world seal, with more than double the points of the second best placed Honda, the Brit Cal Crutchlow.

This might not have been the biggest surprise for MotoGP 2018 – that honour might go to the fact that, despite being accused of being in crisis for most of the year, three Yamaha motorcycles were present in the first six positions by the close of the competition.

Surprisingly, Dani Pedrosa (11th), Nakagami (20th), Morbidelli (15th) and the rest of the Honda wing company did not feature in the eventual top ten of MotoGP 2018 – an interesting detail for a manufacturer that won the title of Constructors’ Champion at only the beginning of November.

The guy that always leaves his marks

In a world where motorcycles are fairly comparable in terms of performance, it was the boy from Cervera who made a sensational difference. Marquez has impressed for speed, of course, but also for the consistency, intelligence and dedication he showed throughout MotoGP 2018. With three falls and a dislocated shoulder, amongst various other issues, it is the level of obsession and ferocity with which the Spaniard faces every single exit on a motorcycle that sets him apart.

It is precisely for these reasons that Marquez has made this championship and his seventh title appear much simpler to achieve than they have actually been.

It is true that “ifs” and “buts” are possible, but just remove the Honda 93 from this ranking to see how much could have been fought and pulled in the fight for the MotoGP 2018 title. As it turns out, this was indeed a relatively well-balanced championship.

Proximity and competitiveness between the houses has been fostered this MotoGP, providing great opportunities to riders including Johann Zarco (6th), the aforementioned Cal Crutchlow (7th), and Danilo Petrucci (8th).

The most interesting motoring championship

Dorna has been forward-thinking and intelligent in weighing the technological introductions, has managed the relationships between various championships well (the MotoE debut is further confirmation), and now rightly enjoys the fruits of what, in the opinion of many, is certainly the most interesting motoring championship in the world – four wheels included.

Barely a week after the last GP of the season, the tests come with the promise to raise the bar again – whilst simultaneously closing the gap between the contenders. Lorenzo (9th in MotoGP 2018), has arrived at the giant Repsol Honda. Yamaha has brought a new offering, and Ducati is in search of its final confirmation. These are just some of the ingredients of a season that has only just begun – and is already explosive. 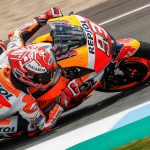 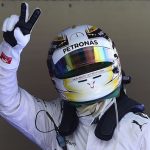 Final championship standings for the 2018 F1 seasonFormula1, Motor Racing, Motorsports
At RTR Sports Marketing we use cookies to bring you the best site we can. If you're cool with that, click OK. Or to find out more, read our Cookie Policy.OkCookie policy