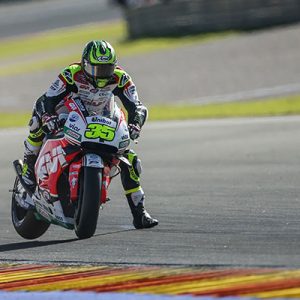 Cal Crutchlow was confirmed as the Top Independent Team rider in the 2016 MotoGP World Championship, despite sliding out of the Valencian Grand Prix whilst running in ninth position.

It has been the best-ever season for LCR Honda in the premier class, with Crutchlow amassing 141 points as he took seventh place in the championship. That haul from 18 rounds of course includes the two remarkable victories in the Czech Republic and Australia, which will no doubt live long in the memory of everyone connected to the team.

The weekend at Valencia had been a tricky one for LCR Honda and Crutchlow, with the team failing to find a set-up of the Honda RC213V that suited the Briton. He fought hard in the early laps as he struggled with the front end, but just when it looked as though he would be able to claim another top-ten finish he crashed out with 14 laps still to go.

With the 2016 season over, the work doesn’t end yet for the team, with testing for 2017 beginning already at Valencia on Tuesday morning.

“I didn’t feel comfortable all weekend here in Valencia, we never seemed to get the right setting with the bike, although in the race I felt okay. After ten laps I settled into a rhythm and then I could start to push, but the front tyre pressure was way too high – higher than it had been all weekend. The tyre pressure went back down, but then I crashed out going over the limit of the package we have today.”

“We have had an incredible season as a team, and I feel I’ve ridden well but I want to improve for next year. It’s bittersweet to end like this because we’ve had two fantastic wins and some great podium finishes. We’ve even had more wins than some of the factory riders, so that’s great! We have to take the positives from this season, and that’s them.”

“The LCR Honda Team have done a brilliant job all year. It’s not been easy with our bike, even for Marc and Dani, but hopefully when we start testing on Tuesday and Wednesday it will be the start of new things to come with the Honda.” 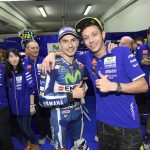 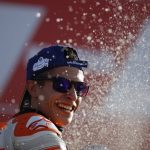 MotoGP: Marquez scores 2nd in vibrant Season FinaleMotoGP, Motor Racing, Motorsports
At RTR Sports Marketing we use cookies to bring you the best site we can. If you're cool with that, click OK. Or to find out more, read our Cookie Policy.OkCookie policy