Movistar Yamaha MotoGP‘s Maverick Viñales rode his Yamaha YZR-M1 to a hard-fought third place at the Automotodrom Brno, in a race that saw the entire MotoGP field swap bikes. Teammate Valentino Rossi had his work cut out for him after he rejoined the track in 14th place, but showed his pure determination as he secured fourth.

Movistar Yamaha MotoGP rider Maverick Viñales turned a difficult weekend around with a superb performance today at the Monster Energy Grand Prix České republiky, working his way up to third place in a thrilling flag-to-flag race. Teammate Valentino Rossi was leading the race in the early stages and also put up a strong fight after swapping bikes, to ultimately cross the line in fourth place.

Starting the race from seventh on the grid, Viñales slotted into sixth position after the first corner. He followed his teammate past Dani Pedrosa to fifth on the opening lap, but it soon became clear the track was too dry for the wet tyres to last. 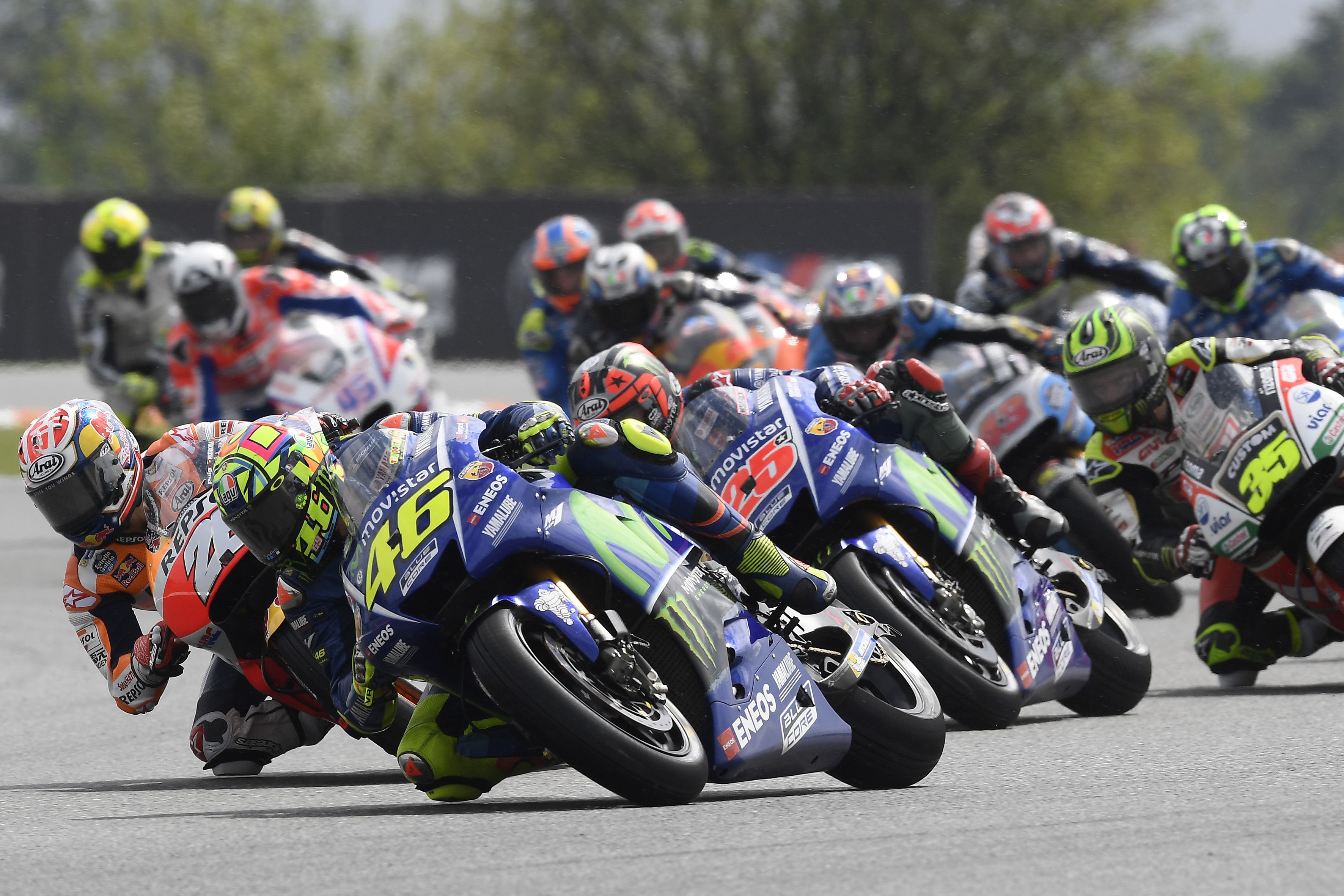 The Yamaha rider quickly headed into the pits after lap 4 to switch bikes. Back on track in 13th place, he quickly got back into the groove and gained positions as other riders came in to change bikes a lap later. He soon circulated in eleventh place and was on the move with 17 laps to go. Putting his head down, he rode a superb race. The Spaniard carried a strong pace over the next nine laps and climbed up to third, dropping a personal best on lap 16, followed by a fastest race lap of 1‘57.052s. However, he was unable to close the gap to the front riders and crossed the line in third place, 18.135s from first.

Rossi had a decent start from second position, in what was declared a wet race, taking fifth place after the initial run up to the first corner. He quickly picked up a place on the opening lap and started chasing the top-3. The Doctor was flying on his second lap, passing Andrea Dovizioso and Marc Marquez as the sun broke through the clouds.

With 20 laps ahead of him, the Italian found himself in second place, with a 1.4s gap to Jorge Lorenzo. Riding faster than anyone on track, he closed right up and took over at the front on lap 4, but had to come in to change bikes a lap later. The nine-time World Champion rejoined the pack in 14th place. Over the next 17 laps he was the star of the race, cutting through the field like a knife through butter to ultimately secure fourth position, finishing just off the podium, 20.466s from the front.

Today’s race results see Viñales hold second place in the standings, 14 points from first and eight points ahead of Rossi, who holds fourth in the championship. Yamaha retains the lead in the Constructor‘s rankings, by nine points, while the Movistar Yamaha MotoGP Team currently lies in second place in the Team‘s classification, five points from the lead.

The MotoGP paddock will now move on to Spielberg, Austria, for the Motorrad Grand Prix von Österreich, held at the Red Bull Ring next weekend.