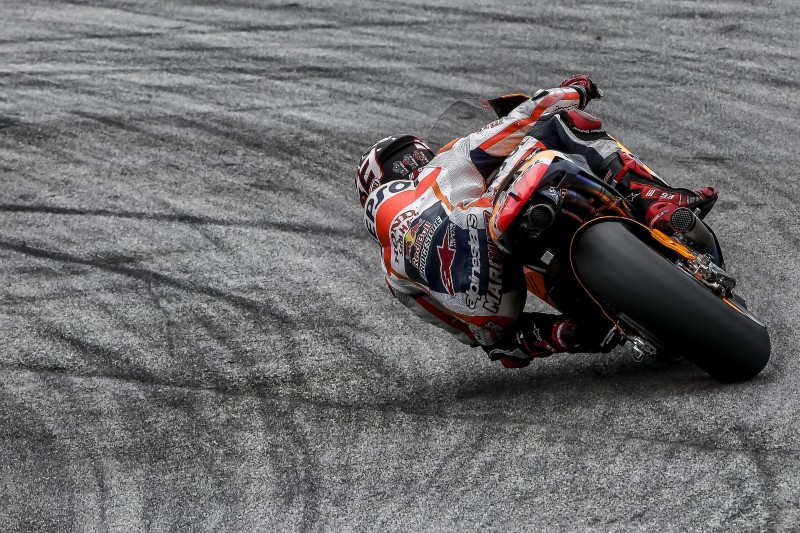 Day two of the second Sepang test has concluded with Repsol Honda’s Marc Marquez back at the top of the time sheets with teammate Dani Pedrosa finishing the day in 5th.

After a difficult first day, where he was unable to work properly due to an issue with the brakes, Marc was keen to get to work on his test programme. It wasn’t long before the reigning World Champion was out in front, becoming the first rider in this second test to lap under 2’00 just before midday. He spent the day working on electronics amongst other items and recorded his fastest lap of 1’59.844 on lap 22 of 63. He had a small crash in the afternoon at turn four, but thankfully remained uninjured. Dani continued to work on suspension settings and set his fastest lap of 2’00.275 on lap 36 of 57.

The three-day test will conclude tomorrow and will be followed by the first test by Factory riders on Michelin tyres in preparation for 2016.