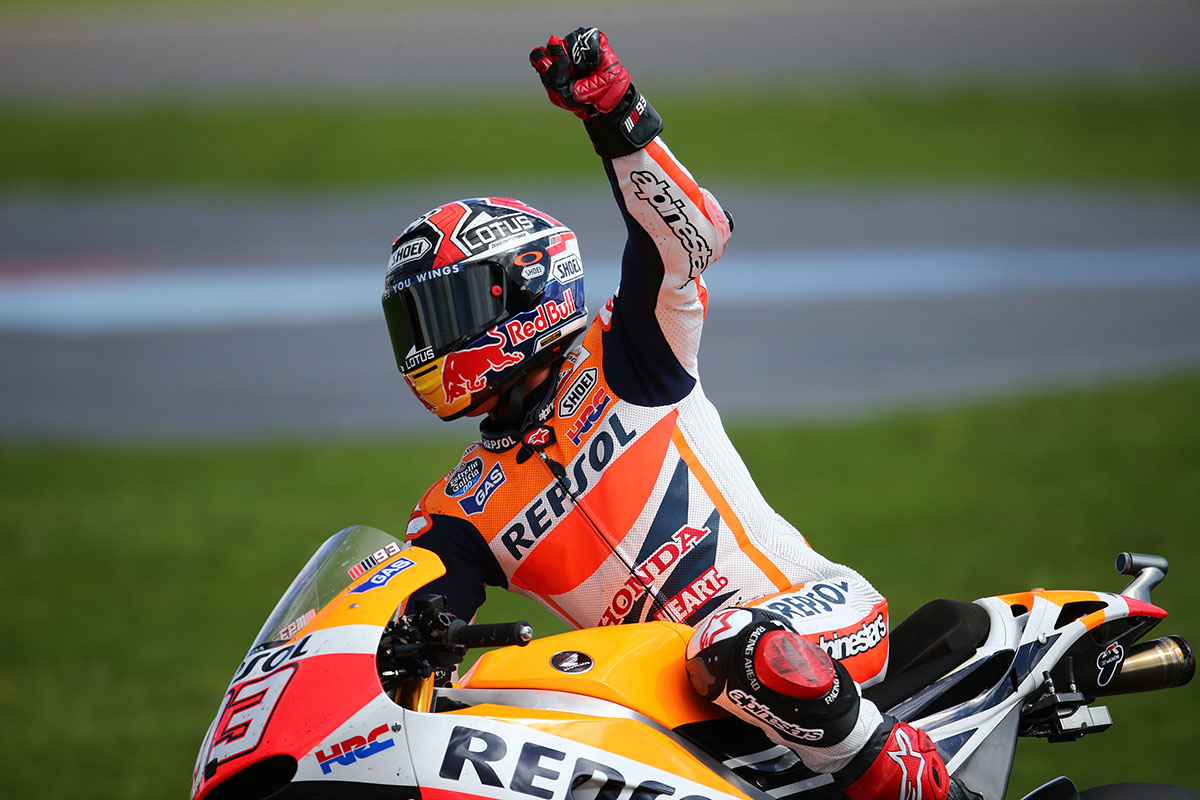 Repsol Honda’s Marc Marquez was back on the top step of the podium today, after an intense encounter with Jorge Lorenzo, and became the first rider since Valentino Rossi in 2005 to win 11 MotoGP races in a single season. Teammate Dani Pedrosa enjoyed a tight battle with Valentino Rossi and Andrea Dovizioso and took a well earned 4th place, just 0.175 seconds off the podium.

Both Marc and Dani dropped a position from the start, Marc down to 2nd behind Jorge and Dani down to 6th. Whilst Marc tracked the race leader, Dani picked off his opponents and by lap nine he was up to third behind the two front runners. However, on lap thirteen Valentino and Andrea fought back and Dani was relegated back to 5th. Meanwhile on lap fourteen Marc passed Jorge, but after a small mistake on lap sixteen Jorge re-took the lead. An epic battle ensued on the final two laps with the riders touching briefly before Marc was able to make the pass stick, and Dani managed to overtake Andrea for 4th, finishing just behind Valentino.

The MotoGP paddock will now have a two week break before returning for round thirteen in San Marino.