Sepang MotoGP 2016 Preview| Michelin is on the way to Malaysia for the final race of the three-week long flyaway trip as the MotoGP™ circus heads towards the Sepang International Circuit for the penultimate round of the 2016 season and the Shell Malaysia Motorcycle Grand Prix. 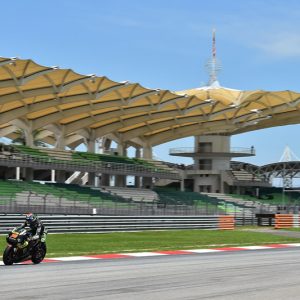 Since Michelin tested at the 5,543m track in February the circuit has undergone a complete resurfacing, along with modifications to various parts of the layout. This will give a completely new feel to all riders and teams and present a fresh challenge for all, especially Michelin.

A mid-season test was conducted with two test riders and this season’s double Grand Prix winner Cal Crutchlow, to enable the French tyre specialists and the manufacturers to understand the new surface. From the information gathered, Michelin has a range of three front MICHELIN Power Slick tyres in soft (white band), medium (no band) and hard (yellow band) compounds. These will be paired with two rear compounds available in medium (no band) and hard (yellow band), both tyres will feature an asymmetrical design with a harder rubber on the right shoulder of the tyre.

With the unpredictable hot and humid weather a principal feature of this race weekend, the need for rain tyres is important as tropical downpours are often experienced during the latter part of the day. Michelin has two versions of the MICHELIN Power Rain tyres for use in these conditions and will be available in soft (blue band) and medium (no band) compounds for both the front and rear. To complete the tyre range, the MICHELIN Power Inter (silver band) will also be available for changeable conditions and a drying track, but with the heat also a main part of Sepang’s challenge the surface does dry quickly following any rain.

The Sepang International Circuit was constructed in 1998 and made its MotoGP debut the following year. It is a built for speed and exciting racing, featuring a mix of 15 corners interlinked by two long straights either side of some of the most architecturally pleasing grandstands at any racetrack. Sepang is located about 50km south of Malaysia’s capital city Kuala Lumpur and near the country’s main airport.

Michelin and the MotoGP field takes to the track on Friday for two free practice sessions, with two more on the following day. Qualifying for the 20-lap race will take place on Saturday afternoon, with the main event getting underway at 15.00hrs local time (08.00hrs CET, 07.00hrs GMT/UTC) on Sunday 30th October.

“Sepang will signal the last fly-away race of the tour, but we won’t be taking things easy because it’s the end of the trip! The circuit has been re-surfaced since we tested there in February with the whole MotoGP field, so most of that data is irrelevant as to wear levels and grip consistency, but we did conduct a test there in mid-season so we have had a base to work on in readiness for this weekend. The circuit features two long straights and many hard-braking zones, so front-end stability is important at Sepang. There are also lots of long turns, so rear edge grip will be important. The track can also reach very high temperatures and we have had to take all those differences into consideration before deciding on this week’s tyre allocation. We know it will be another tough examination of our tyres, but that is why we are in MotoGP racing and the more we learn the better we will become.”