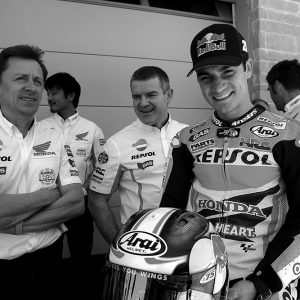 Honda Racing Corporation is pleased to officially announce an agreement has been reached with Dani Pedrosa that will see the Spanish rider remain in the factory Honda team for a further two years, until the end of 2016.