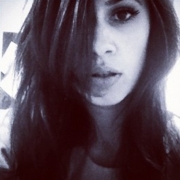 Ladies and Gentlemen, welcome to MotoGP 2014 season! After a long and hard winter wait, the fans of Qatar were certainly treat to one hell of an opening show!

The crowds were buzzing, the weekend of trials and tribulations certainly hadn’t flattened the Moto GP Spirit, crowds were full of anticipation, flags were flying, people were cheering and the stands looked brighter than ever as they were filled with colors showing support for their favorite riders.   Then it was time; this was the race of Qatar, the first round of 17 that was about to get underway!

The lights went out, the revs went up and they were off!!  And it was Jorge Lorenzo who shot ahead of the pack into the first corner taking the lead, Honda’s golden boy Marquez was slightly behind as he didn’t seem to have such a great start; he lost places to Bradley Smith who stormed into second position and to Stefan Bradl who slotted into third position. Just as I was thinking Lorenzo is on good form and we could see another MM and JL battle, he only goes and bins it! I couldn’t believe what my eyes were seeing!!  He crashed out in a truly spectacular style, and to no fault of his own I must add!  Lorenzo had been complaining for most of the weekend, chasing setup with the new spec rear tires, and his concerns that the open class rules were too generous, he had been complaining about the Bridgestone tyres for most of the weekend and it seems he had good cause.   The front end of the bike clearly just gave way, I couldn’t help but feel empathy for the poor guy, he didn’t even manage to complete a full lap of the race before he suffered the fate of the troublesome tyres, fortunately he wasn’t injured; but I couldn’t say the same for his bike or leathers!

So now Lorenzo was out, Bradl was in the lead and Marquez was now in second place after pushing past Smith.   Lorenzo wasn’t the only victim of the race; Pramac Ducati rider Andrea Iannone had made swift progress climbing up to fourth position from eleventh but unfortunately the Italian also crashed out, he didn’t compromise the functioning of his GP16 so managed to he get back on track immediately and recovered his race pace.  But here come the exciting bit, and I think you know what I am about to say. Has Rossi got his ‘mojo’ back?   Well maybe, ladies and gents, just maybe!   In true “Doctor style’ I watched him push from tenth position on the grid to third position in the race and only two laps had gone by at the point!

Rossi was now in the mix and looking competitive, yes! Actually being competitive!  Unlike last year where he only appeared up at the front if some rider or riders had come off allowing him to move up a spot or two. However; never speak to soon, or get ahead of yourself with excitement, Marquez had now made up for that bad start and was drawing in on Bradl, now he had found his pace he clearly wanted to start putting pressure on the German and try get that lead position, and speaking of pressure; Bautista had now started closing in on Rossi. Both the riders exchanged positions on a numerous occasions until on lap seven, when the nine-time champion was able to stick his move and started building a healthy lead over the Gresini Honda rider.   The scuffle for the lead between Bradl and Marquez enabled Rossi to cut down their lead and the two-way battle turned into a three-way battle royal. Unfortunately Bradl wasn’t able to cope with the ever-mounting pressure as he crashed out of the race and lead on the ninth lap of the race.

So then it was down to business, 11 laps to go and Rossi was battling with Marquez and Bautista wasn’t too far behind along with Pedrosa.  My excitement could hardly be contained, was I really seeing the Yamaha mix the two Hondas up? And more impressively than that, the Yamaha was keeping up with the Honda on the straight! This is such an improvement from last year, and even though we had heard lots of negatives about the new Yamaha, the ‘proof was in the pudding’ and there was nothing negative about the Yamaha’s performance!

5 laps to go and the heat is really turning up, little Spaniard Marquez wasn’t going to give his position up easily, back and forth they go like cat and mouse, up and down from my seat I go, a cheer, a sigh, a cheer a sigh, and I could hear the same repeat of emotions coming form the crowds in Qatar! Whether you were cheering for Rossi or Marquez, this was certainly a crowd pleaser!  3 laps to go and Bautista was pushing hard but not hard enough, he was closing that 3rd position and closing that door enough to keep Pedrosa at bay, that left Marquez and Rossi to battle until the final lap.  The final lap came and the crowd went absolutely wild as so did I, Marquez tried his best to get away but Rossi was not at a safe distance, he was ready to pounce at any moment, Marquez kept closing that door on Rossi though and made that 1st position reachable but not do-able, this time!!  Marquez flies over the line followed by a very happy Valentino Rossi, Pedrosa in third due to Bautista crashing out on the 2nd to last lap, then came Esp, Dovi and Crutchlow.

Andrea Dovizioso and Cal Crutchlow did extremely well, much to my surprise, they came in fifth and sixth, though Crutchlow finished 16 seconds behind his teammate after almost running out of fuel on his debut for the Italian factory.  Or so people seemed to assume, but actually after limping across the line in sixth, Cal Crutchlow parked up due to a fault with the transponder.  This meant the electronics settings were out of sync with his real location.   It may have looked like a lack of fuel, but in fact the Englishman had battled an unusual technical problem for much of the Qatar race.

“We didn’t run out of fuel, we had a load of fuel left at the end, but something broke with the transponder after five laps,” said Crutchlow, whose team has reverted to its bespoke Magneti Marelli-built ECU after a late MotoGP rule change allowed Ducati to remain in the Factory class.

“It was a Magneti Marelli problem. The bike was completely out of sync. At the last corner it thought I was at the first corner, and every lap it changed throughout. So every time I crossed the start/finish it thought I was in a different place.

“The electronics were completely wrong after lap five until the end of the race, so I was quite surprised to still be competitive for the next six or seven laps.

“At the last corner of the race the bike decided to completely stop. It ended up restarting and I managed to limp it home but it was like riding down the straight

“It’s not our fault and it’s not a Ducati part, so we can take the positives from riding well and being competitive with Andrea until the problem and then I had to nurse the bike home and that it was it.”

Now one for the Brit’s; what a great first premier class race for Scott Redding (GO&FUN Honda Gresini) we see him beat fellow ‘Open’ Honda rider Nicky Hayden to seventh by a 0.035s which is more than impressive seems Nicky Hayden has been riding in the GP class for longer and still didn’t manage to out ride Redding!   A great start to a great season by the looks of things guys!

We now set our sights too the Austin round, race day is on the 13th April so we have a few weeks to wait for the next dose of excitement.

Until then guys, ciao for now!

Emanuele Venturoli
Communication Manager for RTR Sports Marketing. A degree in Communication at the University of Bologna and a passion for sport brought me where I'm today.
Recommended Posts
Showing 2 comments