The riders of the Motorcycle Racing World Championship have accustomed us to exploits that would also be hard to conceive for Stan Lee, the creator of the Marvel super heroes, and his boundless imagination. Very quick recoveries, accidents expected to keep any lay man out of action for at least three months resolved overnight, races run with broken wrists and ankles. The list may continue with riders subjected to operations and convalescing for a few hours and performances on motorbikes that are inconceivable for ordinary mortals.

Flash news coming from the paddock in this very hour report that World Champion Marc Marquez might be on track this weekend, after undergoing surgery to fix a fractured humerus only two days ago. The Spaniard suffered a terrible high side during the opening round of the MotoGP Championship in Jerez, on July 19 2020. Should Marquez be on the grid just seven days after literally breaking an arm in two, it would definitely be one for the ages.

The Repsol Honda Rider is now waiting to be considered “fit to ride” by Dorna’s medical staff, but in the meantime he has already flown to Jerez where he will rejoin his Team, who have decided not to page Honda test rider Stefan Bradl.

In a very similar condition are also the LCR Honda Team and the Ecstar Suzuki Team, whom are currently waiting for updates regarding their riders Cal Crutchlow and Alex Rins. Both the Englishman and Rins have also had a very tough opening to the season, resulting in a broken scaphoid and a heavily sprained shoulder. We will definitely need to wait and see but, as for now, all three riders could wear their leathers and hop on a motorcycle for the Andalusia GP this weekend.

The history of MotoGP is filled with so many extraordinary episodes and accidents resolved in such a sensational manner that a comprehensive list would be too long to draft. The purpose of the following lines is to illustrate some of the most popular accidents to emphasise the fortitude and very hard shell of these incredible riders-super heroes, but above all their huge passion.

It is the first season of the new Millennium and the rider from Castel San Pietro is racing the Grand Prix in Assen with his hand broken due to a fracture suffered at the third and fourth metacarpus during the warm-up session a few hours before the race. Capirossi runs the race and even flashes under the chequered flag scoring third. After the awarding ceremony, he goes to the infirmary where his hand is fully plastered under the incredulous gaze of the medical staff.

At the third race in the 2007 Superbike season, Bayliss is leading Race 1 when he crashes down in a bend and flies over the gravel. The doctors at the Derbyshire hospital immediately diagnose him with a broken little finger and the fracture is such as to require total reconstruction. The rider asks for the recovery times after the operation and the answer does not please him: the hospitalisation time is too long in his opinion. As he does not want to quit the world championship and to stop his racing season, Bayliss makes the most sensational decision: finger amputation.

History has it that every rider on earth has felt his heart leaping when attacking the fearful straight stretch of the Mugello circuit. With motorbikes now reaching peak speeds exceeding 350 km per hour, the very long straight stretch of the Tuscan hills is one of the fastest points in the Motorcycle Racing World Championship. In 2013, Marc Marquez is on the receiving end: he loses control of his Honda immediately before throttling off and crashes to the ground at 340 km per hour. It is a terrific crash that leaves many spectators, sports commentators and sector operators breathless. Luckily enough, the lad from Cervera stands up, apparently uninjured, and walks to the box. The following day he would run the race with a huge bruise at his jaw under the helmet.

The victims of the Grand Prix of Italy also include the nine-time world champion, Valentino Rossi. In 2010 the Doctor is unsaddled from his Yamaha and shot in the air. The crash causes him a broken ankle. Despite his record-hitting recovery (41 days only), Rossi does not manage to be a concern-raising competitor in the Motorcycle Racing World Championship.
A few years later, on August 2017, history repeats and Rossi fractures his tibia and fibula again while training with an off-road racing motorcycle. Three weeks later he joins the Aragon championship and scores an excellent fifth position.

A special place among the most sensational exploits in the history of MotoGP is for Jorge Lorenzo in 2013 in the Netherlands. During the FP2 on Thursday afternoon in Assen Lorenzo touches the white line made slippery by the rain with the rear tire of his bike and immediately loses traction, leading to a tremendous highside. The Spaniard ends his fall on his left shoulder, which causes him a complete fracture of his collarbone. He is urgently transferred to the General Hospital of Catalunya where he is operated overnight. After the operation, Lorenzo almost incredibly asks to be taken back to the Assen circuit where he runs the race on Saturday, scoring an astonishing fifth position.

Sheene’s motorcycling legend definitely owes much to his ability to quickly recover from horrible crashes, at a time when safety systems were not as advanced as they are nowadays. It is the year 1975 and the competition is Daytona, United States. The rear tyre in Sheene’s bike gets literally pulverized at 170 km per hour and the rider ends up crumpled at the bottom of the banking. The medical report sounds like a dispatch from the front: fractured left femur, fractured right radius and ulna, compression fractures to 4 vertebrae, 3 broken ribs and a numberless list of dreadful abrasions. Later, the racer would tell the press that he had so much skin peeling off his back that they could coat a sofa with it. He added that he would have been shot on the spot if he had been a racing horse, and not a man. Despite all injuries, it took Sheen less than 50 days to ride his motorbike again.

The motorcycling accident which mostly contributed to placing the Clinica Mobile and his creator, Dr. Costa, under the international spotlight was Mick Doohan’s crash in Assen in 1992. During the qualification sessions of the Dutch Grand Prix, the Australian rider of the HRC Team slips on the track and gets entrapped under his bike until he eventually crashes against the tall kerbs siding the track. With his tibia and fibula smashed, Doohan is immediately operated. Serious complications occur after the operation leading to severe gangrene and the dreadful prospect of amputation. Dr. Costa picks Doohan from the hospital and confines him in a small private clinic set up in his own house. Doohan receives treatments at the limit of science fiction, including both legs plastered together to facilitate blood exchange between the limbs and the application of a huge metal brace to straighten his leg. Eight weeks of sacrifice to save Doohan’s leg and enable him to go back on the saddle. Although Doohan eventually lost the world championship for a few points, he inevitably entered the hall of fame.

Sportspeople in general and riders, in particular, have very strong willpower on their side to help them overcome incredible hardships. In addition to this, however, it is pretty honest to say that the recovery of MotoGP riders is supported by world-class facilities that assist and help them achieve astonishing results. The Clinica Mobile, as mentioned above, is one of these facilities. This clinic, which can fairly be included in the list of “Italian excellences”, has features, specificities and operational capabilities which make it an interesting sponsorship opportunity for companies operating in sectors related to health and well-being. Click this link https://rtrsports.co.uk/blog/sponsoring-clinica-mobile-visibility-storytelling/

Fill out my online form
Summary 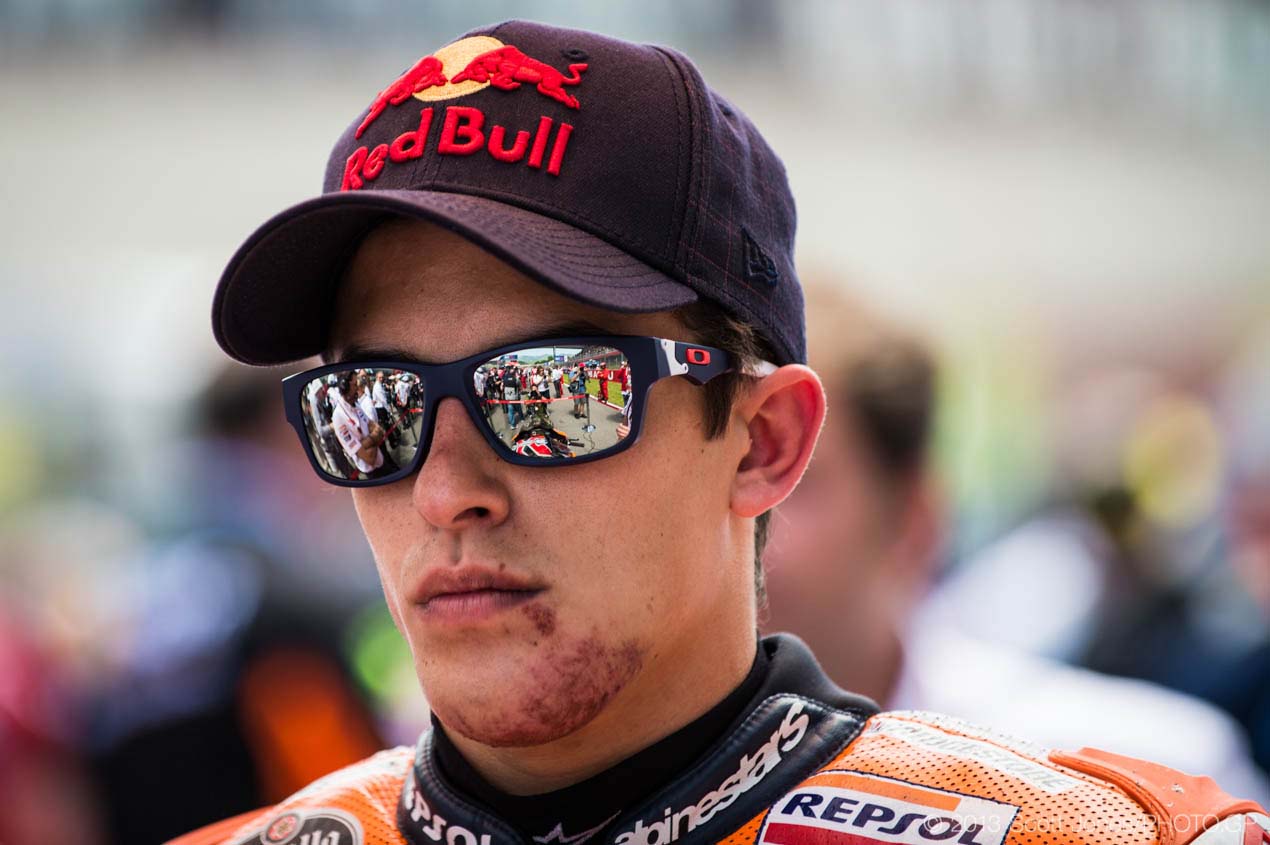 Article Name
MotoGP: Riders or super heroes?
Description
The riders of the Motorcycle Racing World Championship have accustomed us to exploits that would also be hard to conceive for Stan Lee, the creator of the Marvel super heroes, and his boundless imagination
Author
Riccardo Tafà
Publisher Name
RTR Sports Marketing LTD
Publisher Logo