Energized from the good results at the previous test two weeks ago, Movistar Yamaha MotoGP‘s Valentino Rossi and Jorge Lorenzo headed to Australia eager to benefit from the data collected in Sepang for the second official three-day pre-season test. However, when they arrived at the Phillip Island circuit this morning, the wet and changeable weather conditions prevented the teammates from carrying out their testing as planned. They finished today‘s session in sixth and sixteenth place respectively. 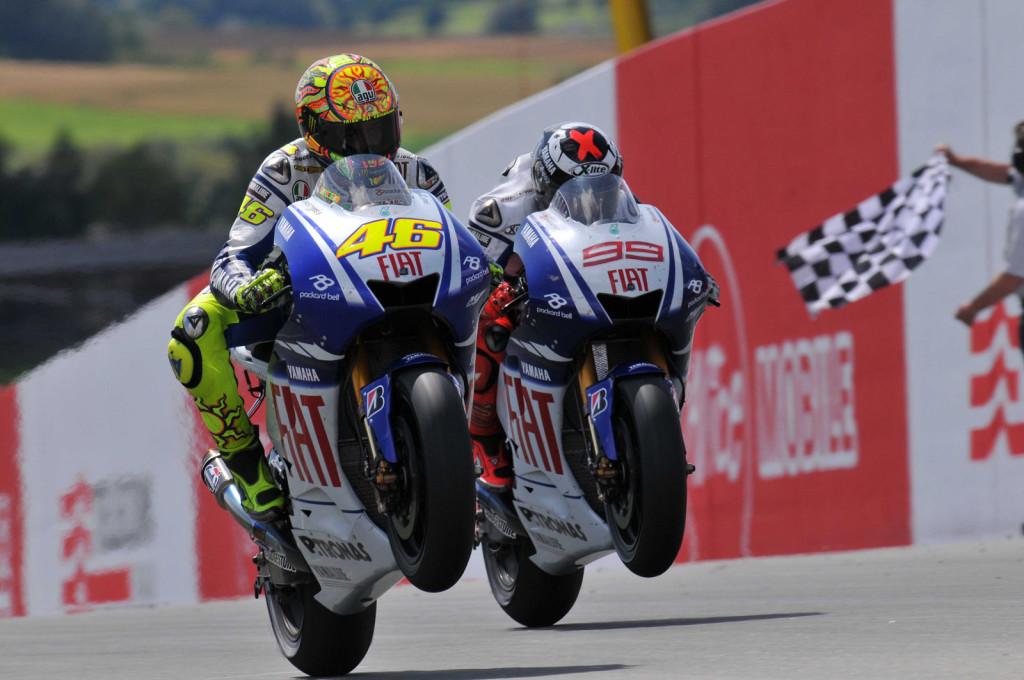 The Movistar Yamaha MotoGP team was up for the challenge today of repeating their strong ride of two weeks ago as testing kicked off at the second Official MotoGP Test in Australia, but mixed conditions allowed for only limited time on the Phillip Island track.

After two hours of waiting for the weather to improve, the 2016 MotoGP test at Phillip Island finally got underway for riders Valentino Rossi and Jorge Lorenzo, who used the track time wisely and focused on trying out the Michelin rain tyres and the electronics in damp conditions.

Though the weather was less than ideal, Rossi didn‘t let the opportunity go to waste to test his two Yamahas – the model closer to the 2015 YZR-M1 and the 2016 edition – on a wet track. Despite the brief windows of dry track time he worked diligently throughout the day and set 27 laps in total. Known to be an expert when conditions get tough, he set a fastest time of 1‘33.088s at the end of the session when a sudden dry-spell in the final hour saw him dash to sixth place.

Lorenzo also had a productive day. He was the first of the teammates to come out of the box and steadily increased his pace as he got acclimatised to his Yamaha on the damp Australian track. He was in sixth place at the end of his two hours on track until rays of sunlight broke through in the afternoon, signaling that it was time for the Spaniard to kick up the pace a notch. He set a 1‘39.825s to take third in the provisional ranking before rain put a halt to the action again. Lorenzo returned to the track for another stint later in the afternoon, completing two laps on a slick tyre in dry conditions to bring his total to 24 laps, but chose to end the session early and completed the day in 16th place.