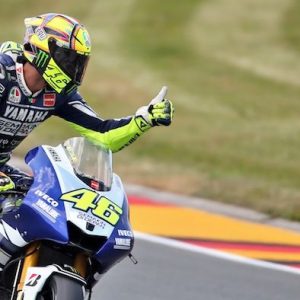 After a four-week summer break Movistar Yamaha MotoGP returns to the USA to kick off the second half of the MotoGP season with the Indianapolis Grand Prix this weekend.Valentino Rossi enjoyed a successful first half of the season, including some exhilarating battles. The Doctor fought hard with rivals in Qatar, Jerez, Le Mans, Mugello and Catalunya, securing five podiums.Rossi returns recharged from his holiday and intends to maintain his competitive edge for the rest of the year.Teammate Jorge Lorenzo had a challenging start to the season but kept his head down and gradually returned to form. His season’s highlights have included the thrilling battle in Mugello and his strong races in Argentina and Germany. The summer break has given Lorenzo time to recover both physically and mentally, leaving him ready to give his all the coming nine races.Thanks to a solid start of the season Rossi has 141 championship points, putting him in third place in the standings, just seven points behind Dani Pedrosa in second. Lorenzo is motivated to continue moving up the leaderboard. He is currently fifth in the championship standings, with a gap of a mere two points to Andrea Dovizioso in fourth.The recently repaved Indianapolis Motor Speedway is the second American track on the MotoGP calendar. Though the previous surface of this circuit has often been called challenging, both Movistar Yamaha MotoGP riders have enjoyed their share of successes at the 4.170 m long track. Few will have forgotten how Rossi withstood high winds and heavy rain brought on by the remnants of Hurricane Ike to take victory at the first Indianapolis GP in 2008. One year later it was Lorenzo’s turn to claim the win. Over the last six years the Spaniard has been on Indianapolis Motor Speedway podium five times.