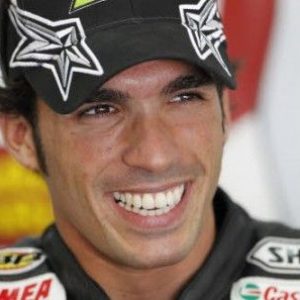 Toni Elias is the new rider of the Forward Racing team until the end of the 2015 season. The former Moto2 World Champion will join, in fact, the Swiss team alongside Loris Baz starting from the Movistar Grand Prix of Aragon scheduled next weekend on the MotorLand track.

It will be a welcome return to the premier class of motorcycling for the Spaniard, after debuting in 2005 with the Fortuna Yamaha. Elias has already raced this year in Indianapolis replacing the injured Karel Abraham; he finished the race in 22nd position.

Special thanks to Claudio Corti who raced with the team from the Sachsenring Grand Prix until the home race at Misano. We would like to praise him for his professionalism especially when facing such a difficult situation; we wish him the best for his future and his career.

“I can’t be happier to be back racing in MotoGP. This year I was already on track at Indianapolis but only for one race, with Forward I get the chance to finish the season. I wish to thank the whole team for this great opportunity. The goal is to work hard and enjoy the ride: the results will come. I am very motivated and enthusiastic”.