Today
Movistar Yamaha MotoGP’s Valentino Rossi was honoured for his major achievements as the face of Grand Prix racing during his appearance as a special guest of Yamaha Indonesia Motor Manufacturer (YIMM) at the annual ‘Owner Dealer Business Meeting’ (ODBM) held at The Mulia Resort in Bali. 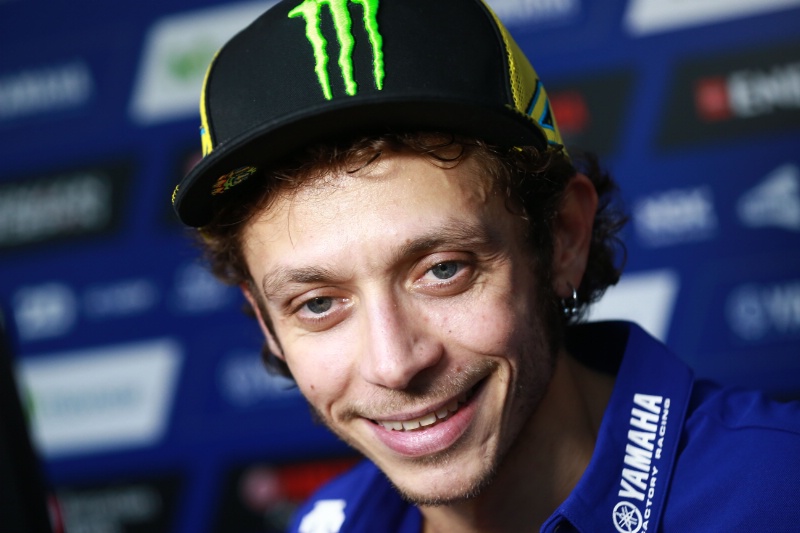 The ODBM is a major event, organised by YIMM, which is attended by dealer owners, Yamaha Motor Co,. Ltd. and YIMM’s management, as well as 500 guests. This year the event was hosted by Mr. Yoshihiro Hidaka, Executive Officer of Yamaha Motor Co. Ltd. and Executive General Manager of 1st and 2nd Business Unit, Motorcycle Business Operations; Mr. Minoru Morimoto, President Director and CEO of YIMM and Mr.Dyonisius Beti, Executive Vice President Director of YIMM.The meeting also set the scene for various exclusive premieres, such as the revealing of the Yamaha Fino 125cc, the Yamaha Aerox 125cc and the Yamaha Xabre 150cc. Rossi attended the press launch of the above-mentioned brand-new models, in the presence of nearly 100 journalists from all over Indonesia, before posing for YIMM new TV campaigns.This trip marks Rossi’s second ever visit to Bali. Upon arrival at Indonesia’s beautiful island on Monday 25th in the afternoon, the nine-time World Champion was immediately struck by the Indonesian fans’ support and media’s ever increasing passion for motorsport, making his visit all the more rewarding.He will stay in Indonesia for a few more days before heading to the Sepang International Circuit, in Malaysia, to kick off the 2016 season with the first three-day Official MotoGP test of the year.

“It’s my third time in Indonesia, the second time in Bali and coming here always delivers surprises and emotions. Not only Bali is a beautiful place, where I’d love to spend some time off, but I am always amazed by the welcome Indonesian fans are capable of. Already at the terminal, I met hundreds of people waiting for me and they escorted us on the way to the hotel. Last time I was here was in 2013 and the passion for MotoGP has definitely not decreased! Indeed it seems the number of fans doubles each year. This is definitely a place MotoGP should come to in the future, as a special thanks to all the fans who followed and watched MotoGP only on TV so far. From a business point of view, Indonesia is a market that is pretty distant from the ones we are used to, in Europe. The sales volume makes Indonesia the leading market for Yamaha, so we have more than one reason to pay a tribute to our friends here by visiting them every time our schedule allows it. Most of these fans will also come to Sepang, in one week, to attend the forthcoming MotoGP test. I look forward to seeing them in Malaysia and pay them back with a strong start to the official season.”