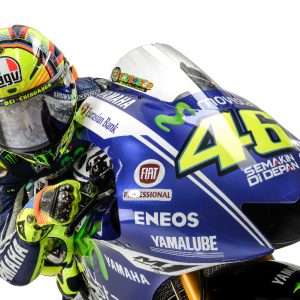 After a fantastic victory by Jorge Lorenzo at Aragon only a fortnight ago, the Movistar Yamaha MotoGP team prepares for the tripleheader overseas races, starting at the home of Yamaha with the Grand Prix of Japan.Though Valentino Rossi suffered a bump to the head during a crash at Aragon, the nine-time World Champion escaped serious injuries and is expected to compete in the GP of Motegi without any physical problems. This weekend he has made it his mission to fight with the front-runners. Rossi has been successful at this track numerous times before. In the premier class he has been victorious at the Motegi circuit in 2001 and 2008, scored second place in 2000, 2002, 2003, 2004, 2006 and 2009 and achieved third place in 2010.After a great weekend at Aragon, teammate Lorenzo is also thrilled to return to the Japanese track. He will aim for another spectacular victory like last year’s perfect performance. Over the last six years, the Spaniard has climbed the Motegi podium four times, winning the Japanese GP in 2009 and 2013, finishing in second place in 2011 and 2012.The Twin Ring circuit at Motegi in Japan was built by Honda in 1997 for test purposes. Two years later the 4.801m road circuit was first visited by the MotoGP circus and instantly became a major attraction for motorsports fans thanks to its rich motorsports heritage. Motegi was added to the MotoGP calendar in 2000 as the Pacific Grand Prix until it replaced the Suzuka circuit in 2004 as the host of the Japanese Grand Prix.