After a two-week break, Movistar Yamaha MotoGP is on its way for the second round of the season: the Grand Prix of the Americas in Austin, Texas, on the 13th of April.

The 2014 season may have only just started, but the GP riders have already displayed some intense racing at the Losail circuit in Qatar. The first race of the season was full of action and drama, a preview of what is to come at Circuit of the Americas (COTA). 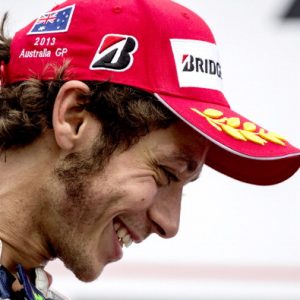 The first Grand Prix of the year was an event of mixed emotions for Movistar Yamaha MotoGP. Valentino Rossi had a brilliant start to the season, starting from tenth on the grid, the Italian battled through the field to fight Marc Marquez for victory. In the end the Doctor settled for second, with only 0.259 seconds between them. Rossi aims to continue his form at COTA and improve on last year’s sixth place.

Jorge Lorenzo had a challenging start to his 2014 campaign. The Spaniard led the pack at Qatar after one of his iconic fast starts, but unfortunately crashed out of the race on the first lap. This weekend he sets out to put his name on the score board at the Texas Grand Prix, where he took third position last year.

The Circuit of the Americas was constructed in 2012. The 5,513m long track is run counter-clockwise and has a mixture of fast straights and tight hairpins. There are 20 corners in total, 11 left turns and 9 right turns, and the longest straight is 1,200m. COTA is not typically described as a ‘Yamaha-circuit’, but with the use of last year’s data to make amendments, the YZR-M1 should be competitive nonetheless.

Valentino Rossi: “I really want to go to Austin, especially after the first race in Qatar. The season started well but now we need confirmation. Last year I made one of the worst races of the season in Texas, and this year I want to see if we can be competitive everywhere. Getting a good result in Austin would mean a lot for me and for Yamaha. It would mean that the direction taken is the right one. We will try to do our best to be competitive also on the Austin circuit. I’d like to have fun like I did in Qatar.”

Jorge Lorenzo: “After a very disappointing race result in Qatar I look forward to racing at Austin to try to get a good result and forget as soon as possible all the things that happened in Losail. COTA track was not one of the best tracks for us last year. We had some difficulties to adapt our bike to the layout and lack of grip but finally we found out how to manage for the race. In the end we got a good result and we finished only three seconds behind the winner. I guess this year the pace could be even better because our bike has made one step ahead with the new seamless and the chassis is pretty good. Also, I feel almost perfect, physically at one hundred per cent and that is so important to try to fight for the victory elsewhere.”