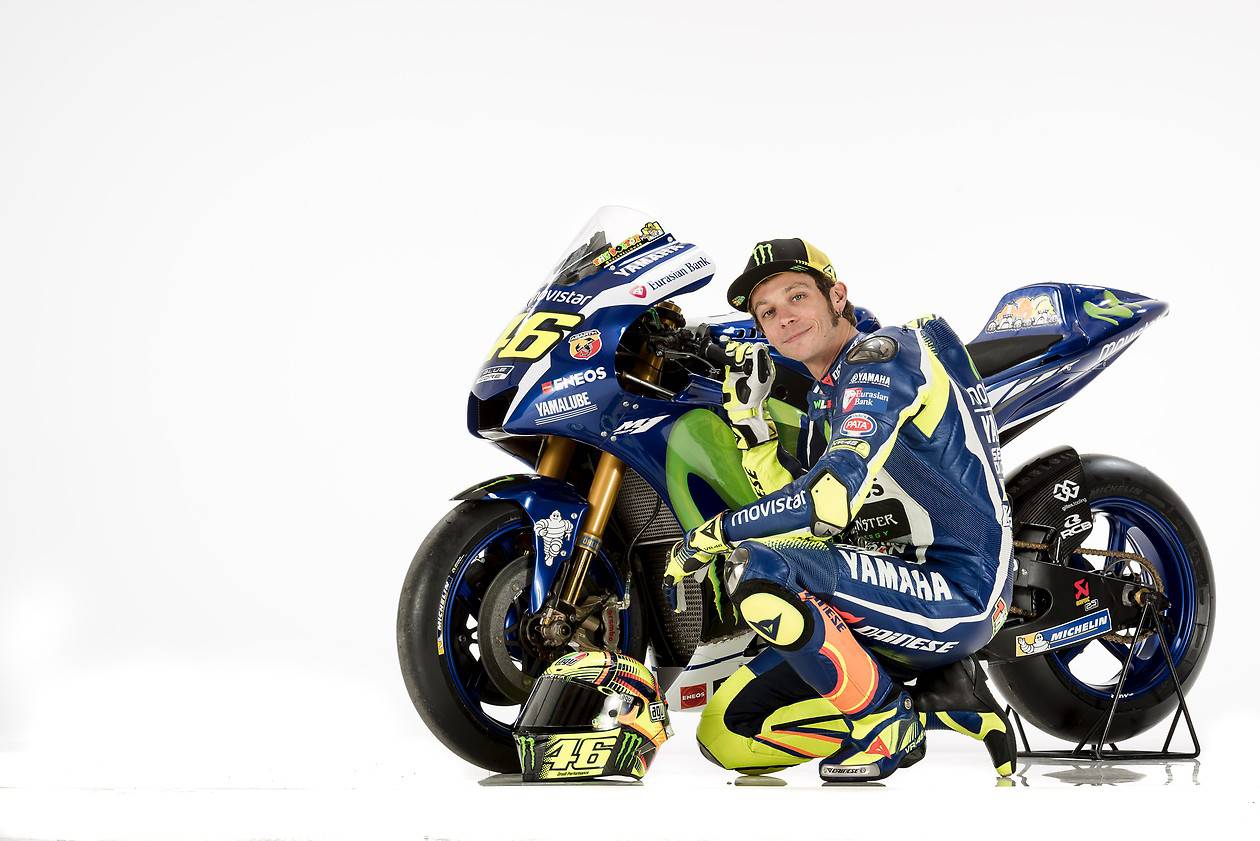 Today the Movistar Yamaha MotoGP Team has lifted the suspense for racing fans the world over waiting for the kick off of the 2016 season. The Italian-based team gathered in Barcelona today to officially launch their 2016 campaign to defend last year‘s MotoGP Triple Crown victory for the next 2016 Yamaha MotoGP Season. Though the team has been on ’winter-break‘ since the Valencia test in November 2015, they have not been idle. The Yamaha engineers carried through extensive development of the YZR-M1 all through the winter and the same dedication was given by the Spanish rider Jorge Lorenzo and Italian rider Valentino Rossi whilst completing thorough training to be ready for the next season. The results are undeniable; this year a terrific team is formed again, ready to prove that they are the best in the world.

Similar to the continuation of the rider line up, the team‘s sponsors also remained the same. For the third year in a row the Yamaha Factory Racing Team and Spanish company Telefónica form a strong partnership ready to oppose the competition in the premier class of road racing. Their present five-year collaboration started in 2014 and has proven to be a recipe for success, making Telefónica‘s headquarters the perfect venue to unveil the 2016 livery for Lorenzo and Rossi‘s YZR-M1s.

Five-time World Champion Lorenzo had a challenging start to the 2015 season but turned his fortunes around after the fourth round in Jerez, which he led from start to finish. Once he returned to winning form, he became unstoppable and duplicated his dominating win at the following three rounds, breaking the record for leading most consecutive laps. Back in the game, he chased his teammate, who was leading the standings, to arrive at Silverstone in joint first place. The duel for the title between the teammates would last until the very last lap of the final round in Valencia; in the end it was Lorenzo who got to lift the Championship trophy with his seventh win of the season.

Nine-time world champion Rossi had racing fans all over the world cheering in 2015 thanks to his impressive season. He made clear he meant business right at the first round in Qatar, which he won. ’The Doctor‘ went on to secure eleven more consecutive podium finishes and topped the standings for most of the season. In total Rossi only missed out on the podium three times through 2015 and was a more than deserving runner-up, with just a five-point difference to his teammate.

The 2016 Movistar Yamaha MotoGP Team line up is unveiled for the first time at Torre Telefónica Diagonal 00 in Barcelona, Telefónica‘s headquarters.

The ceremony saw the 2016 Yamaha YZR-M1 revealed in its new colours with a refreshed livery.