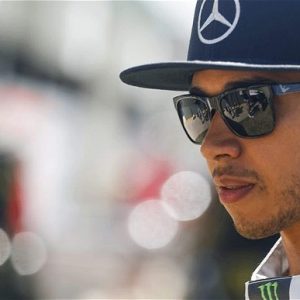 After a long three week break, its business as usual as Lewis Hamilton leads yet another Mercedes front row lockout this season with the two Mercedes’ qualifying a full second faster than nearest rival Daniel Ricciardo. It is Hamilton’s first pole position at the Spanish Grand Prix and adds to the gripping on-going inter-team battle between himself and Rosberg.

Qualifying session 1 started off with a crash from the Lotus of Pastor Maldonado which ended his hope of setting a good qualifying time. It was a rather untimely crash with Lotus showing decent pace in the practice sessions and have finally gotten a decent car for the race weekend after an appalling start to the season. Adrian Sutil was the only unfamiliar name to the Q1 cut-off with the usual names of Caterham and Marussia not making it to Q2. Q1 saw a lot of cars struggling for grip, particularly in the middle section. Even the dominant Lewis Hamilton had a couple of hairy moments.

Q2 was largely uneventful apart from gremlins for Kevin Magnussen and Jean-Eric Vergne not setting a time most likely due to the ten place grid penalty. Fernando Alonso scraped through into Q3 narrowly beating Nico Hulkenberg by eight hundreds of a second resulting in Hulkenberg, alongside team mate Sergio Perez, Daniil Kvyat and Esteban Gutierrez failing to make it to Q3. Romain Grosjean set an impressive sixth fastest time showing the improvements they’ve shown in free practice.

Sebastian Vettel’s final qualifying session came to an abrupt end when it is believed that his gearbox failed as he was exiting the pits resulting in Vettel having no drive and briefly bringing out a red flag. After the brief halt it was business as usual with yet another Mercedes one-two start with Hamilton starting ahead of Rosberg and earning his first ever pole position start at the Spanish Grand Prix. Daniel Ricciardo put in another impressive drive by qualifying third although a full second behind Hamilton’s pole position time. It is Hamilton’s first pole position at the Spanish Grand Prix after his 2012 pole time with McLaren was excluded by not having enough fuel to return to the pits. Valtteri Bottas set and impressive fourth place time with Romain Grosjean in unfamiliar territory in fifth. Kimi and Fernando continues Ferrari’s rather average season starting sixth and seventh respectively followed by Felipe Massa and Sebastian Vettel.