Do you only deal with Motorsports? Obviously not, we can actually offer sponsorship in any sport. We are not the commercial arm of a League, a Team or an event, we do not represent an athlete or a testimonial, we do not have to sell you our product. We can afford to always tell you the truth: what a relief.

But then how to choose which sport to sponsor? The choice depends on the type of company and the brand that the company wants to use, its target, the communication strategy, the objectives, the budget, the best type of sponsorship that fits your needs…just to name some of the elements that must be taken into consideration to decide what to do.

How to choose what to sponsor

The sport, the brand, and the product sector must be coherent. This is the starting point in order to choose the right discipline to use. I am a snow chains producer, I will not sponsor swimming. I deal in building’s adhesives, I won’t sponsor the Americas Cup, because there I would not find my audience, I would be off target, I would risk wasting much of the investment but … there is always a but.

If instead of the installer, my ultimate target was that small group of high flyer architects that I know to be passionate about sailing and I devise a program to take them to see the regattas up close, and I made them see how the famous archistar XY used my products in an innovative way to fix the structures of the team, well, then it would be different. I would have involved a group of opinion leaders capable to influence large clients, showing them the backstage of an important event. I would have built a relationship based on a shared passion, and I would probably have gained commercial advantages from it, even though, at first glance, the partnership might seemed inconsistent.

If – always thinking about tile’s adhesives – I’d have to talk to those who physically do the job of laying the tiles, I could use a more accessible discipline. Craftsman are the ones that revamp the kitchen of the famous Mrs Mary (who, in fact, chooses the tiles, but not as they are glued) then I have to approach them using something that they appreciate, probably simpler, popular and widely practiced in the territory where they work to have a high probability to talk to them.

On a national scale? Simple and practiced by everyone? The first things that come to mind are football and cycling and a series of activations for the guys at the shops’ counters to push sales of the product. (obviously using as a promotional topic the sponsored activity). 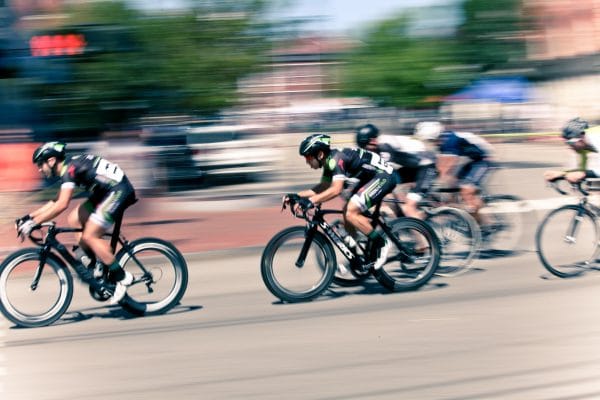 This is an extreme simplification but it gives you an idea of the decision-making process.

Then I have to deal with the media coverage of the event, 100% of consistency between sport, brand and product category is worth little if I have no visibility. Pragmatically it is better to sacrifice a little coherence to gain “automatic visibility” the one that simply derives from being there. This is a particularly important point if I sell products to the public at large. (FMCG)

Just consider the path of one of the world’s most visible energy drink producers, Red Bull.

In its early days, Red Bull sponsored only extreme sports, in a few years the brand was perceived (because it was connected to ) as the owner of a series of high adrenaline activities with little popularity or coverage. Cycle rides at crazy speed, dives from the top of mountains in wingsuits, and again jump from prohibitive heights, all to capture the attention and positioning the product. But as soon as the scope of Red Bull’s operation  widened and  the size has become planetary the descent into visible and popular sports as been unavoidable: so now you can see Red Bull engaged in F1, MotoGP, football, and then music, charity etc etc

Visibility must always be part of a sponsorship package when working in B2C.

You can follow a different path if you are in B2B, then little visibility and many services, hospitality, PR, if possible joint projects with teams and athletes to show how the products/services and technology of the partner favor the team, and many storytelling activities.

Who calls us often already has an idea, would like to do football or volleyball, tennis or cycling, but also basketball… wait a moment: let’s start again. Sports are not equal, each one has its own target, its spectators, different values. Who are you? Where do you want to go? Why? Let’s talk about it, you will see that interesting and perhaps different ideas from those thought at the beginning will emerge.
You can always find us at info@rtrsports.com