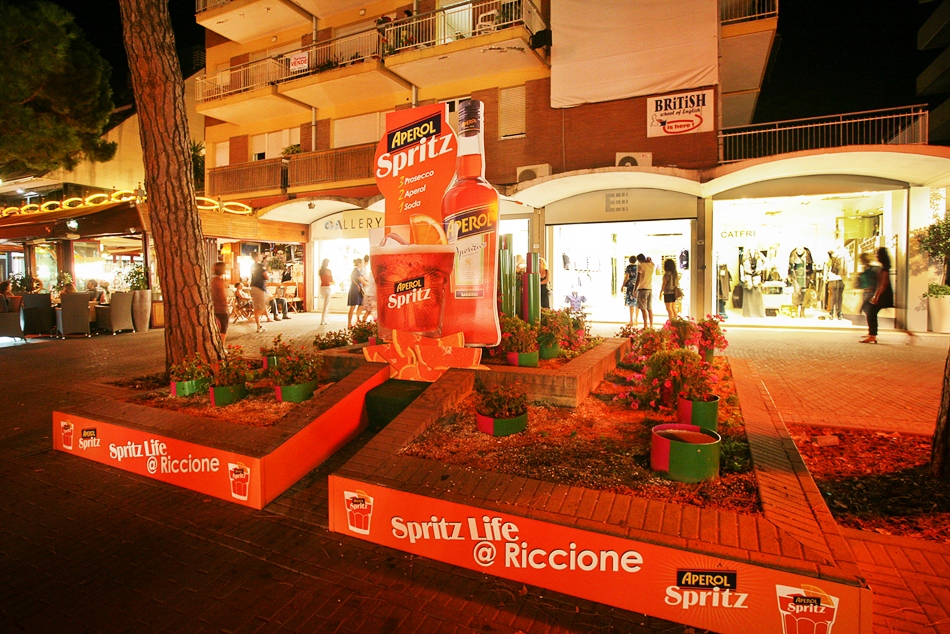 Aperol, Title Sponsor of the San Marino and Riviera of Rimini MotoGP Grand Prix, chose RTR Sports Marketing to maximise its visibility on the Misano World Circuit during the Grand Prix.

RTR developed a completely customised communications circuit made up of a mix of formats and displays, including decorations in non-woven fabrics, cut-outs, flags and large decorations. RTR managed every phase of the display, looking after planning, the creation of final designs, production and assembly.

For the whole of August – finally – viale Ceccarini in Riccione and the town centre were decorated with oranges, tumblers and bottles. Once again RTR managed the entire production cycle: concept and graphic design, logistics and displays.

Customised flowerbeds and flower pots, as well as coloured lamps, cut-out cups and a vast number of hoardings and banners to advertise the Aperol Spritz live by MTV concert, the climax of the evening of Saturday 3rd September. 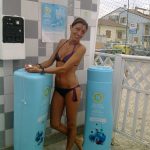 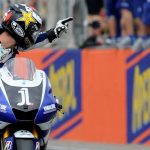 Hospitality: Eastpak – MotoGP Aperol di San Marino e della Riviera di Rimini2011, Eastpak, Sports Hospitality
At RTR Sports Marketing we use cookies to bring you the best site we can. If you're cool with that, click OK. Or to find out more, read our Cookie Policy.OkCookie policy