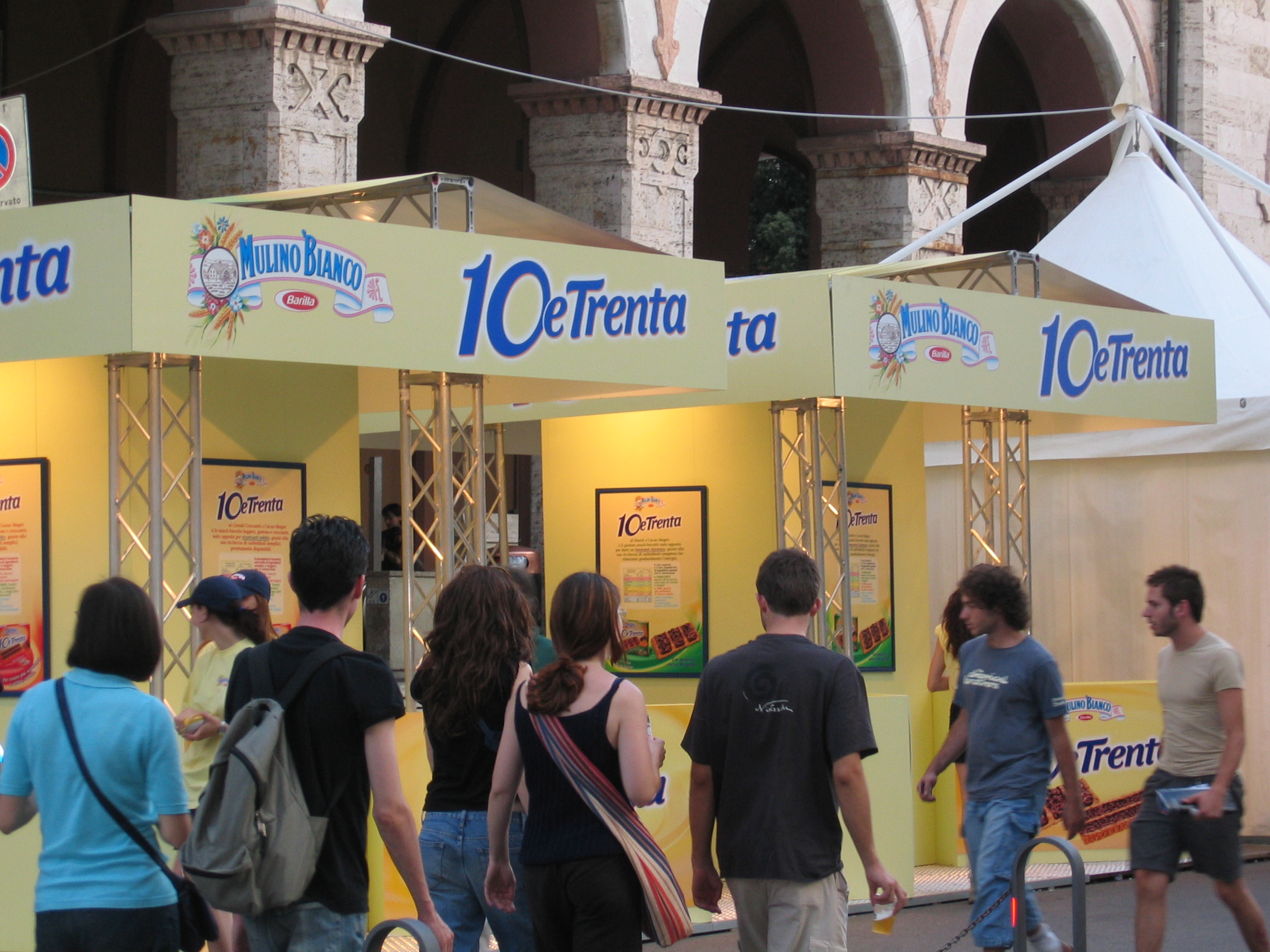 Barilla introduced the new snack 10eTrenta onto the market; aimed at an adult target it is a light snack to eat during your morning or afternoon break.

As part of the communication connected to the launch of the product, RTR took care of the partnership with the Umbria Jazz Festival, one of the most important musical events in Italy, which in 2003 celebrated its thirtieth anniversay.

The Umbria Jazz Festival involves the entire historic centre of Perugia, with concerts in clubs, public squares, gardens and arenas. During the last festival over 250,000 admissions were recorded, who were able to attend the exhibitions of 350 artists over the course of the 200 plus concerts offered during the ten days of the event.

The sampling was the backbone of the project by RTR, in order to let as many people as possible try the new product. From late afternoon into the night, a team of girls gave out samples of the product at the two 10eTrenta branded stands located in busy places in the city centre, as well as near the Santa Giuliana Arena, where the most popular concerts were held.

Overall almost 200,000 snacks were offered to a public perfectly in keeping with the product target, who were able to enjoy a 10eTrenta to the sound of their favourite artist. A series of three-sided totems set up in various points around the city centre also guaranteed the new brand a very high visibility and created an immediate connection with the sampling.

This project allowed RTR to further consolidate its expertise in the music field, demonstrating once more their flexibility in interpreting the needs of corporate communication, always identifying the best solution. 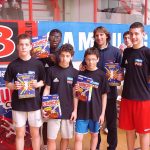 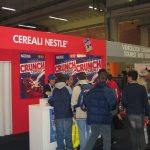 Events: Crunch Cereals – Skipass2003, Events, Tours and In mall Promotion, Nestlè
At RTR Sports Marketing we use cookies to bring you the best site we can. If you're cool with that, click OK. Or to find out more, read our Cookie Policy.OkCookie policy