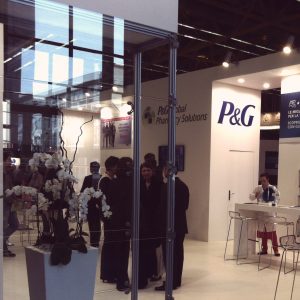 For the fifth year in a row, RTR conceived and managed the exhibition area for P&G at Cosmofarma, one of the most important expos in Europe for health care, beauty care and all the services associated with the pharmacy world. Cosmofarma 2013 was held in Bologna on April, from 19th to 21st .

Procter & Gamble, one of the leading companies in oral care and wellness products (OTC and medical devices), used the Bolognese exhibition to showcase important news about Oral-B, AZ, Kukident and Clearblue and to involve stakeholders, pharmacists, journalists, students and consumers.

RTR realized a revolutionary stand –if compared to the past editions’ ones- giving the right space to the various conceptual areas on which the efforts of P&G Pharma had been focused during the past 12 months. In the corners visitors could find the new P&G launches, a unit for oral hygiene, a pharmacy area and the Victoria area, dedicated to over 50 female consumers. 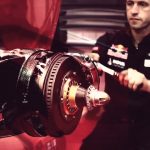 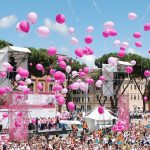 Sampling: Pantene Pro-V x Race for the Cure2015, Events, Tours and In mall Promotion, P&G
At RTR Sports Marketing we use cookies to bring you the best site we can. If you're cool with that, click OK. Or to find out more, read our Cookie Policy.OkCookie policy