Class Editori is one of the major Italian publishing houses; amongst the most famous titles it publishes, are: Oggi, Milano Finanza, Class, Gentleman, Campus, Case & Country and Luna. What’s more it now offers numerous web sites devoted to news and information.

2003 represents for Class a pivotal year, with its official entry in the sport world and more importantly with its entry in the racing world. Class will in fact be in partnership with: the MotoGP Pramac Honda Bridgestone’ s team, the pilot Makoto Tamada and with Octagon Motorsports Italia (one of the main protagonist in the international racing world and organizer of the Superbike World Championship). Class will therefore be part of events spread over the five continents, involving millions of spectators on the racing grounds and even more through television coverage, offering every time strong and unforgettable emotions.

Class aims at targeting a high-income audience, just like those who enjoy racing, MotoGP and Superbike. What could have been then a better chance for Class to gain visibility, if not its partnership with the racing world?

The program RTR has come up with consists of agreements regarding the presence of Class in every events that the Octagon company will organize; Class will therefore sponsor the three Italian dates of the Superbike World Championship 2003 and 2004 that will take place between May and September in the Italian cities of Monza, Misano and Imola. What’s more, the Class logo will appear on Makoto Tamada’s bike.

Great resonance on television is guaranteed for both the events. During the MotoGP, the choice for 2004 of an excellent team such as the team Camel Honda, is sure to gain great attention; during the Superbike, Class logos will appear on signs along the tracks, on the official posters publicizing the events and on every event’s programme; finally, the Class logo will also be on the headed letter paper of both Octagon and the Camel Honda team, thus further increasing the attention that Class is sure to attract with this new promotion.

The team Camel Honda has organized “hospitality villages”, where, during the competition weekends, a wide range of Class titles will be available for the public to read and enjoy. The Octagon Company, at the same time, has set up for a group of its representatives to be present and advertise the company during the Superbike races; this same hostesses will also be distributing Class magazines. Moreover, at the end of every SBK competition, a Class Editori representative will be awarding to the winner a special “Class trophy”.

The Camel Honda team and Octagon Motorsports, on the other hand, will receive great and extensive coverage on many Class titles; a cooperation that will surely be successful for every company involved. 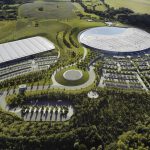 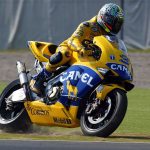 Sponsorship: Meltin' Pot – Max Biaggi2003, 2004, Meltin Pot, Sponsorship
At RTR Sports Marketing we use cookies to bring you the best site we can. If you're cool with that, click OK. Or to find out more, read our Cookie Policy.OkCookie policy